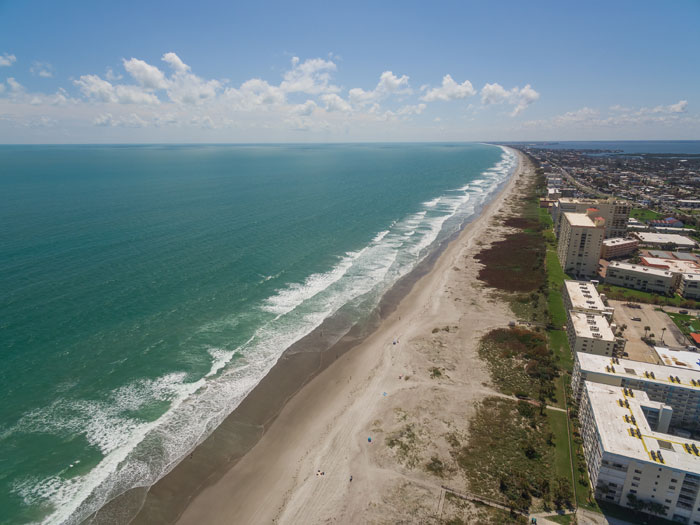 As part of the Space Coast, Cocoa Beach is the perfect location for beach goers, surfers, and those seeking a laid back lifestyle. Nestled between the Banana River and the Atlantic Ocean, ocean breezes tell the story of a beautiful town with a lot to offer to its residents.

Cocoa Beach is close to numerous Central Florida attractions, as well as Port Canaveral. Families with children will be pleased with the well-performing school district and the lovely parks operated by the town and the county.

Cocoa Beach Pier
A popular destination for both residents and tourists alike, Cocoa Beach Pier extends 800 feet into the Atlantic and features restaurants and shops and is home to many surfing festivals. With an arcade, frequent concerts, and surf lessons available, it’s a fun place to see what Cocoa Beach has to offer.

Orlando
Whether you’re a fan of the nightlife or the roller coasters, there’s something for everyone in Orlando. Situated an hour to the west, Orlando is home to numerous theme parks, including Disney World, SeaWorld, Universal Studios, and more. Orlando is a cultural haven for many Floridians and home of the NBA’s Orlando Magic.

Cocoa Beach has 4 oceanfront parks along the beach, along with numerous beach access points along the Atlantic.

Alan Shepard Beachfront Park:
Named after astronaut Alan Shepard, this beachfront park provides plenty of space for your beach picnic at one of its many pavilions or picnic areas. With a playground for the kids and public bathrooms and showers, it’s a great place to swim, fish, and boogie board. Alan Shepard Park also provides a good vantage point for watching the latest space launches. 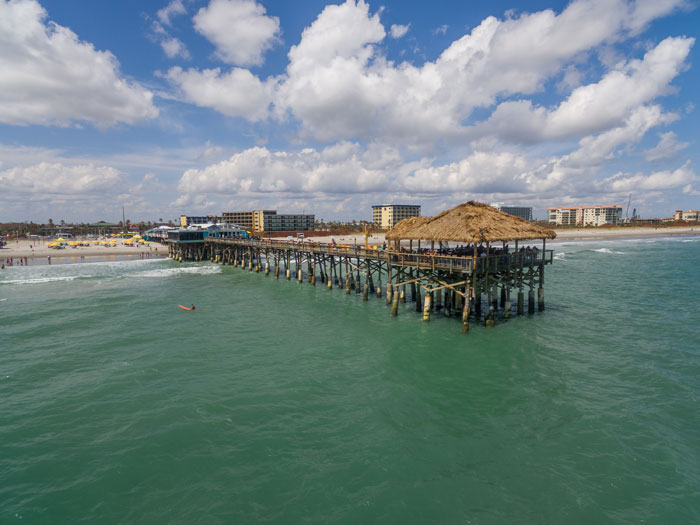 Sidney Fischer Park:
This 10-acre park was named after former Cocoa Beach mayor Sidney Fischer. It is ADA accessible and provides a visitors with parking, bathrooms, showers, and plenty of places to eat and play. Featuring a volleyball court and a playground, plus pavilions and picnic shelters, Sidney Fischer Park allows Cocoa Beach residents and visitors to make the most of their day at the beach.

Banana River
If you’re a fan of watersports, the Banana River provides a great place for boating, kayaking, water skiing, and more. There are two city parks that feature ramps for easy access to the river, Constitution Bicentennial Park and Ramp Road Park.

The Banana River is a rich ecosystem, allowing residents to regularly spot stingrays, dolphins, and manatees in the 31-mile long lagoon. It’s a joy to explore as it includes salt marshes, seagrass beds, oyster bars, mangrove swamps, and more.

Patrick Air Force Base
Cocoa Beach is convenient to Patrick AFB, making it a great haven for airmen and their families.

123 Aucia Rd is a well cared for deep water canal front home that is on a quiet cul-de-sac in Cocoa Beach Florida. This home has New roof that was installed in 2021, wid...

A must see condo in this wonderful oceanfront complex with views of the Ocean & Pool from all Living areas & bedrooms. Secure building with beautiful grounds, a large com...

Picture relaxing on your screened balcony with a morning coffee or evening cocktail & enjoying the peaceful water views of the pond or take a stroll on the complex's rive...

Just 2 blocks to public beach, min to Downtown Cocoa Beach, and tucked back into Snug Harbor sub, this home is the perfect beach getaway. Live full time or buy as a vacat...

This completely renovated Cocoa Beach condo is a must have. Featuring fully remodeled and updated, kitchen, baths, flooring, paint, AC, windows and more. This one of a ki...